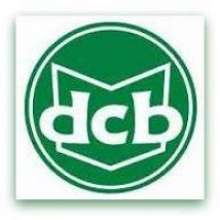 DC Books, one of the prestigious literary publishing houses in India was established in the year 1974 by Dominic Chacko Kizhakemuri [popularly known as DC, doyen of publishing in India]. It the first publishing house to get ISO certification in India. The company is considered to have the highest pool of intellectual property /content suited for the Indian market. Strong editorial team ensure experiments with new formations, new areas, and encourage budding writers. DC Books publish around 1500 books of all genre in an year, making it one of the largest literary publishers of India. English-English-Malayalam Dictionary published by DC Books is the second highest selling bilingual dictionary in the Indian market.

DC Books has more than 48 outlets in all major cities of South India and has a chain of bookstore and agencies in Middle Eastern countries including Dubai, Muscat, Sharjah and Ajman. The company also runs an online shopping store [ onlinestore.dcbooks.com ] that ensures ease of buying to online users. An online portal team under the brand www.dcbooks.com works to ensure promotion of literature news.

The company has also ventured into eBooks through a group promoted company EC Media, the first in India with complete eco-system in digital books. ‘The Week’ Magazine, (Issue June 24, 2012) has made a special mention about DC’s eBooks in “30 Life Changers” from 1982-2012. It is now, one of the biggest aggregator of Indian books.